A week to decide between 28 candidates

Sion Violin Music Foundation – 28 young violinists have been selected to participate in the Tibor Varga International Violin Competition. The internationally renowned event will put the participants through their places over three rounds in order to choose three performers to pariticpate in the final, where they have the chance to win a total of CHF 33,000 in prizes.

Sion, May 29, 2017 – From August 22 to 29, Sion will resonate with the virtuosity and technical prowess of a new generation of violinists. This year the Tibor Varga International Violin Competition will again offer spectators the opportunity to discover young talents and to allow the competing violinists to gain experience performing in public.

It is a recipe that always meets the same success: the Tibor Varga International Violin Competition recorded 69 registrations this year. Among them, 28 young musicians who have been invited to Sion following a video pre-selection in which they had to interpret a caprice of Paganini and the first movement of one of the competition proposed concertos. From August 22nd to 29th, the selected violinists will need to successfully pass through the first two rounds in order to perform as one of the three participants to perform in the grand finale,, which will be held at the Ferme-Asile on 29 August, accompanied by the Lausanne Chamber Orchestra and conducted by Gabor Takacs-Nagy.

Musicians from all over the world

There’s only one condition to participate in the competition: participants must be under 26 years old. The world-renowned event promises to enrich the musical experience of young virtuosos and, if they win, offers them international recognition. In the past, the competition has indeed launched many careers, including those of Boris Kuschnir and Vadim Repin. This year, participants are between 15 and 25 years old. The majority of them are from Asia or Europe, although North America is also well represented.

This year, the jury is chaired by Enzo Restagno, musicology professor at the Giuseppe Verdi Conservatory in Turin for 37 years, music critic for many eminent press outlets, producer of numerous radio and television programmes, and artistic consultant for Ricordi Publishing in Milan. At her side, Lera Auerbach (Russian composer and pianist – since 2002, her music has been on the programme of Carnegie Hall in New York every year), Miguel Da Silva (French violist, professor at the HEM Geneva), Esther Hoppe (Swiss violinist, professor at the Mozarteum University of Salzburg), Dong-Suk Kang (South Korean violinist, winner of numerous prizes for the best classical record), Silvia Marcovici (Romanian violinist, professor at the University of Music and Perfoming Arts in Graz and at the Tibor Varga Academy of Music) and Pavel Vernikov (renowned violinist and artistic director of the Sion Festival). This jury will be joined by a “youth jury” comprised of 6 students in non-professional classes at the Cantonal Conservatory. Coached by the cellist Mikayel Hakhnazaryan, this jury will officiate alongside the principal jury during the 3rd round and the final.

Rounds 1 -3 : From 23 to 27 August, at the Jesuit Church. Free admission for listeners. The violinists have already chosen the pieces they will perform from those proposed by the jury. Brahms, Beethoven and Tchaikovsky will certainly be there. 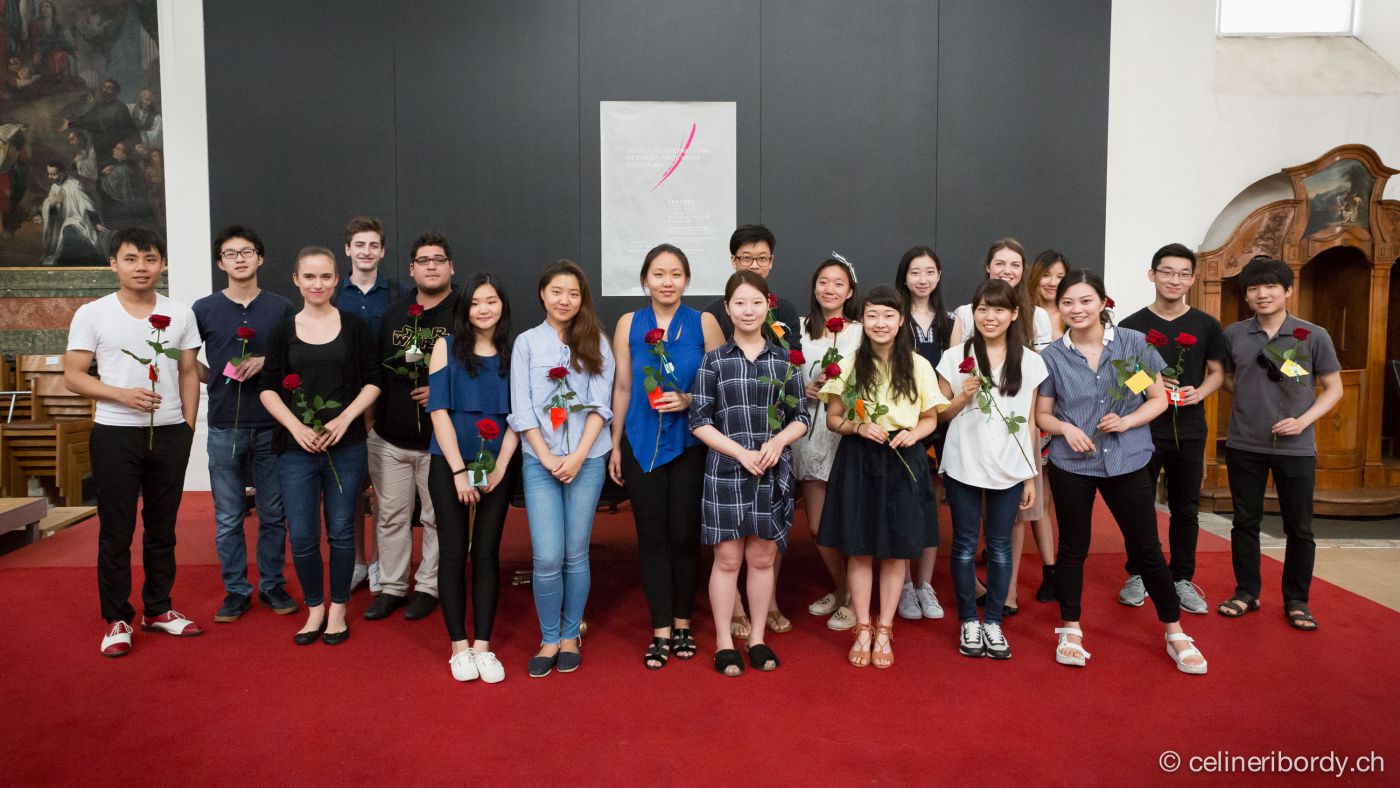